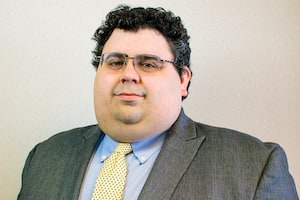 The primary focus of Josh’s practice is to find creative ways to help clients. Client problems often require creative solutions and Josh prides himself on coming up with the best solution based on the individual needs of each client. More than anything else, Josh finds ways to use the law to help people who have been treated unfairly. This includes people of all races, religions, and genders, from entry level employees to executives, as well as small and medium size businesses in need of guidance.

When he’s not litigating, Josh works with individuals and businesses to provide legal guidance on a wide range of issues, including severance negotiations, employee handbooks, and compliance concerns.

Before Josh started his own firm, he was an Associate at McTigue & Veis, LLP. In that position, he worked on complex class action litigation and represented participants in employee benefit plans. He also served as a legal intern at the Department of Labor, Plan Benefits Security Division and in the Department of the Treasury’s Office of the Assistant General Counsel for General Law, Ethics, and Regulation.

Josh earned both his J.D. and his LL.M. in Taxation with a Certificate in Employee Benefits Law from Georgetown University Law Center. While at Georgetown, he was a Legal Research and Writing Fellow and worked as a research assistant for Martha Jo Wagner, an adjunct professor focused on ERISA litigation. He was a finalist in the American Bar Association’s Law Student Tax Challenge, LL.M. Division.

Josh graduated from Louisiana State University in Baton Rouge with a B.A. in History, a minor in Philosophy, and a B.A. in Classics. He is admitted to practice in the both Washington, D.C. and Commonwealth of Virginia. He has lived in Arlington since 2006.

Open Arms Housing Board of Directors
Board Member, 2015-present

How Can We Help?
Practice Areas